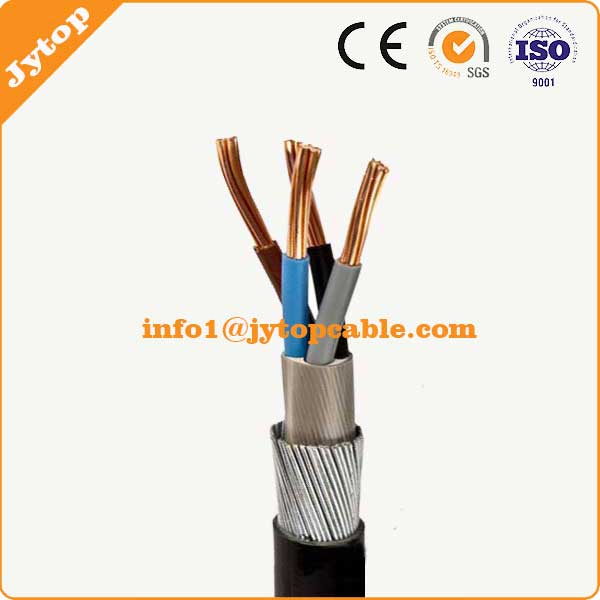 95mm 4 Core Armoured Cable is one kind of steel wire armoured cable, which is used for industrial electrical applications as well as suitable for direct earth-covered to carry mains electricity to various powered devices. It is also commonly used in powered networks such as power stations and factories, etc.

-> This cable is commonly composed of the following parts:

– plain annealed stranded copper for the cores/conductors, that is meaning copper conductor;

– polyvinyl chloride(PVC) for the bedding and sheathing, that is meaning PVC jacket;

– cross-linked polyethylene(XLPE) for the insulation, that is meaning XLPE insulated;

– steel wire armour to protect the inside layers.